Where Has All The Time Gone? 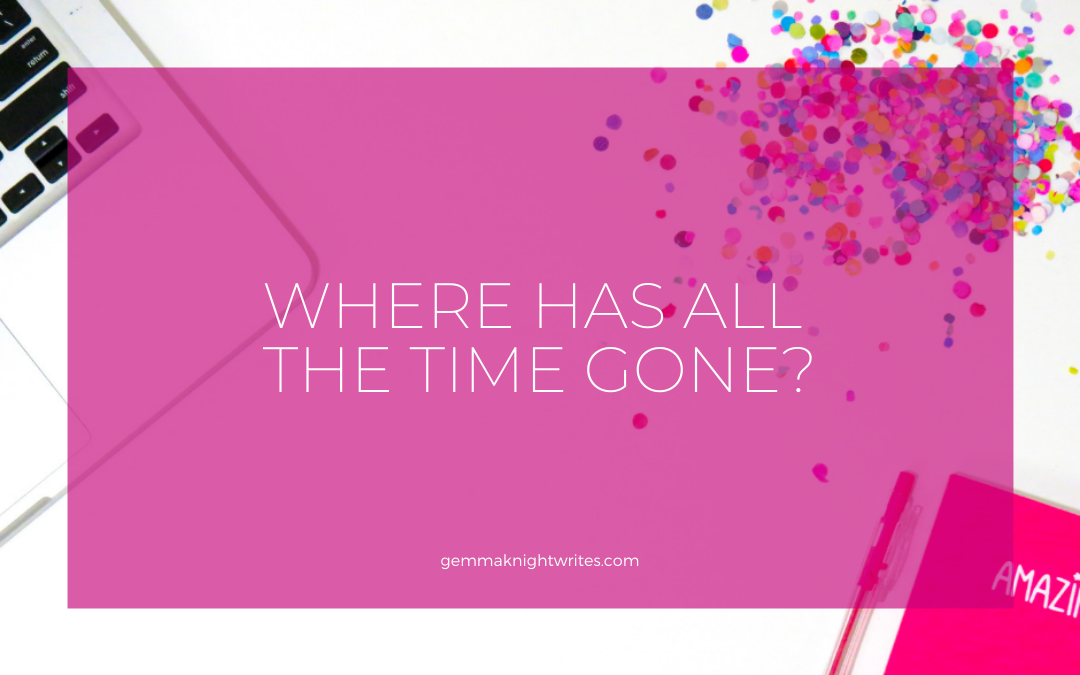 Who was a little bit excited about lockdown?

Not about the global pandemic aspect, and the fact that thousands of people are ill worldwide, of course.

But about the prospect of time.

While other people were having four weeks on the couch to binge Netflix and eat junk food, we service business owners were going to get all those things done that we never have time to do.

You name it, we were going to write it… am I right?

For a while there, every second post on Facebook was about how glorious it was going to be to home school our children.

While I relish family time as much as the next person, I also relish the uninterupted time to meet client deadlines and get work done in my business.

I don’t know about you, but there was a very distinct reason that I chose to put my daughter in mainstream schooling. That was because I am not cut out to be a teacher.

I know, because I almost became one. In fact, I did 4 years of University study with the exclusive goal of becoming a high school English teacher. Then, as I was about to start my final year of study by sealing the deal with a Teaching Diploma I had a screaming realisation…

What the hell was I thinking?

So, I rounded out Uni with a Masters degree instead of the teaching diploma. I dodged a bullet there.

Well, for me it was a bullet. But for so many others, teaching is a job they love with a passion. And I have immense respect for anyone that can spend their days shaping the minds of our offspring!

Especially not while I am trying to juggle running a business.

It’s hard. And there is nothing glorious about it. Plus, my daughter doesn’t want to have a bar of it as one of her friends “helpfully” told her that it is currently the school holidays. So, it is a challenge to get her to even pick up a book.

All I can say is thank goodness for Lego, video calling with her friends, and Just Dance on the Nintendo!

Where Did The Time Go?

Back to that time aspect. Where has it disappeared to?

Surely being at home more would result in more time?

Boy, was that assumption wrong. I actually think I have less time to get stuff done since that lockdown began than I did beforehand.

Are you in the same boat as me?

Between the Zoom meetings, Zoom coffee catch ups, Zoom social sessions and Zoom connections there isn’t much time left. Then, when you throw in the husband and child, plus the regular client work, it results in next to no time left.

When am I meant to get my writing done?

I know, I know… it’s hella ironic that the writer can’t find time to write her own content.

But, you must be in the same position too.

It’s tricky isn’t it? This business of juggling kids, home and business?

I feel like there is more to do now than ever before.

Do you know what? I have decided that it is OK.

This is such a strange period in living history. It is unlike anything the modern world has ever seen before.

We are so used to hopping on a plane and popping off for an overseas holiday. There is a shop or an eatery to cater to every taste and style. Plus, the world was at our fingertips with online shopping, event booking software, and social apps galore.

But, we have been cut off at the fingertips.

We no longer have access to all of that. Instead, we are confined to our local little bubbles. Yes, we are safe and hopefully we are all healthy, but it is so foreign to what we are used to.

It’s OK if those grand plans fly out the window.

But, now is an important time to keep producing your content. It is so important that I wrote a blog on it last week. You can read it here.

So, if you want some focused time to get some writing done, flick me a message on email or on Facebook. I’d love to help you get that content out of your head and onto the page!